1841 census: John Williams, Blacksmith, is recorded living in Llanveynoe, in the age group 40â44. Born in the county. Also in the household were a servant, a journeyman, and an 'independent'.

1841: the 1841 Llanveynoe tithe map below shows the location (marked as '456a') of the roadside cottage owned by John Williams (blacksmith).

1851 census: living in Llanveynoe, aged 52. Described as a widower and blacksmith. Born in Llanveynoe. Also in the household were an 84 y.o. lodger (Catherine Williams) and a 16 y.o. apprentice (David Williams).

1861 census: living, as a widower, in Llanveynoe with daughters, son-in-law, and grandchildren. Age is 60, occupation is blacksmith, and place of birth is Llanveynoe.

1862: present at the marriage of his daughter, Sarah, in September or December 1862, according to the Family Bible.

1871 census: living, as a widower, at Park House, St Margaret's with daughter Mary-Harriet and grandchildren. Age is 76, occupation is blacksmith, and place of birth is Clodock.

A useful lead for his ancestors might be this reference to a legacy of Samuel Williams of Llanveynoe, Blacksmith and Mary his wife, late Mary Lewis, spinster dated 1794. 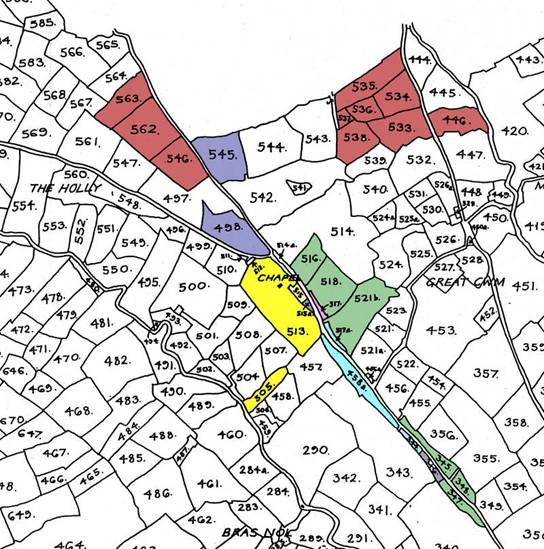