I have his birth certificate: born at Crossway, Rowlstone.

1841 census: 'Jobe' Davies is present in Rowlstone, aged 1 month. Said to have been born in the county. Living at Crossway House.

In the baptisms' register of Rowlstone Church is an entry under Feb. 4th 1842 for an unnamed son of Joseph and Grace Davies, which is very likely to be Job.

1863: At daughter Catherine's baptism he is living at 'Derry' (i.e. the Deri) and his occupation is mason.

1864Ã¢â¬â69: In Adelaide, Australia (Annie and Charles were born there in 1865 and 1868 respectively). Lesley Pearshouse has done some excellent research into the family's time Down Under.

1865: Job was admitted to the Royal Adelaide Hospital on 27 April 1865 with Typhoid fever, and not discharged until 28 May 1865. Lesley has sent me a scan of the hospital admission record: he is admission #328, aged 23, a protestant, resident in Adelaide, and occupation is mason. In December 1865 he is in the Salisbury area of Adelaide advertising for a John Baylis blacksmith to contact him.

1869: Job advertises a three-roomed house for sale in Thebarton built of brick and stone with two allotments of land and substantially fenced. The reason for sale is given as the owner leaving the colony. The family sailed from Melbourne on The Great Victoria, which left in December 1869 and arrived in London on 20 March 1870.

1871 census: living with wife and children at Balls Cross Cottage, Rowlstone. Occupation is Mason. Age is 28, and place of birth is Rowlstone.

1891 census: living with wife and children at the Lamb and Flag Inn, Llanwenarth Citra. Occupation is Mason. Age is 48, and place of birth is Rowlstone.

A Job Davies, builder, of 43 St Helens Road [Abergavenny] is recorded in Kelly's Directory of Monmouthshire and South Wales, but I did not note the date of publication.

1901 census: living with wife and son at 43 St Helen's Road. Occupation is mason (employer working at home). Age is 58 and place of birth is Rowlstone.

1914: his death is recorded in the Family Bible on 'June 23 1914'. His death certificate gives his age as 72 and describes him as a retired mason, 'late of 43 St Helens Road'. Cause of death was senile myocarditis and syncope. His son Job was present at the death. He was buried at Holy Trinity, Abergavenny on 27 June (age given as 72).

The will shows that he lived at 18 Park Street [Abergavenny], and was a 'Builder and Property Developer'. He left ÃÂ£2466 4s 3d between K. S. Bedford and Job Davies junior.

Renowned in the family for his drinking (without which he could, apparently, have made a lot more money). 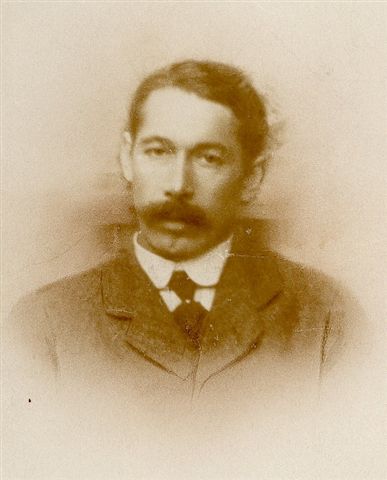